Stargazing is an exciting way of observing the infinite cosmos that lies above us. Being able to behold that wonder in our eyes is indeed a worthwhile experience, but it isn’t some activity which you can do anytime, so I did some research to know when is the best time to go stargazing.

Here Are Some Best Time To Go Stargazing 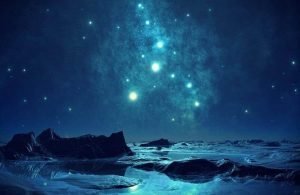 The light coming from the moon is indeed the brightest in the night sky. The extreme brightness it offers paves the way to the stars losing their shine as well as their visibility. It is also for this reason that only the brightest stars remain visible during the full moon. The best time to go stargazing is when the moon shines least, or when the moon isn’t shining. This only happens during the New Moon. You can take help of a Stargazing Binocular to see the Stars more clearly.

As the moon loses its visibility by shifting into the new moon phase, the biggest source of light in the atmosphere during the night also disappears. This makes the stars much more visible and brighter. New Moon Phase happens 12 times a year, and you can know the dates by looking at a lunar calendar.

By simply avoiding the full moon, you’ll be able to see star-filled skies as bright specks in the night sky. Opting to stargaze during the days surrounding the new moon would bring you a pleasant experience.

Aside from considering the New Moon, the seasons of the year are also factors when it comes to the best time to go stargazing. During autumns and springs, particularly in the countries located in the northern hemisphere, nighttime becomes much longer than the daytime. Further, these seasons have warmer temperatures compared to the nights during the winter.

Autumn and spring also happen to be the season wherein you can catch a good glimpse of other galaxies. One of these is Andromeda, which you can see shining in the night despite being 2.5 million light-years far from us.

With all these, the appearance of the dark skies becomes shorter, and during the summer solstice, which is the peak, it hardly ever gets dark. These are the times wherein stargazing isn’t very ideal, despite having frequent clear skies. 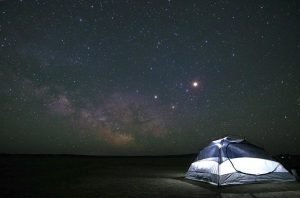 Having a dark surrounding also plays an important role in stargazing, as the brightness coming from different sources such as posts and lights during the night can produce light pollution. There are special places such as parks which are made with minimal lights for stargazing. These kinds of parks are mostly located far from cities and towns and situated to a place which isn’t surrounded by lots of sources of light during the night.

If there’s no such place nearby, you can always avoid light pollution by going out of the cities and venturing to far-flung areas. This way, it would be a much ideal and worthwhile experience. Some stargazers even opt to venture out on high places as well as to similar areas wherein they can set-up camps and spend the night underneath the stars they gaze.

After the sun has set and the darkness starts engulfing the sky, the neighboring planets become visible as well for stargazers to see. Located in the south-western sky lies Jupiter, while Saturn can be visible in the South and Mars can be seen in the south-eastern direction.

Stargazing doesn’t entirely depend on the equipment you use. While it may play a big factor in stargazing, the stated tips will make the difference if you would like the best night sky for your stargazing experience.

Enjoying the night sky through stargazing is indeed a wonderful and memorable experience. Using the tips will help in your stargazing experience because through these, you’ll be able to determine the best time to go stargazing.

Why Stargazing Is Good For You?