GoPro recently gained a lot of popularity due to its compact size and travel-friendly features. This small gadget is very convenient for shooting small videos. However, it heats up quickly because of the long time shooting, environmental temperature, etc.

So, now the concern is how to stop GoPro from overheating?

There’re a number of things you can do to prevent your GoPro from overheating, such as decreasing the video quality, recording shorter movies, ensuring that the camera has enough ventilation, and minimizing its exposure to direct sunlight.

Hence, in this article, you’ll get to know why GoPro heats up and how to reduce the excessive heat. Read on. 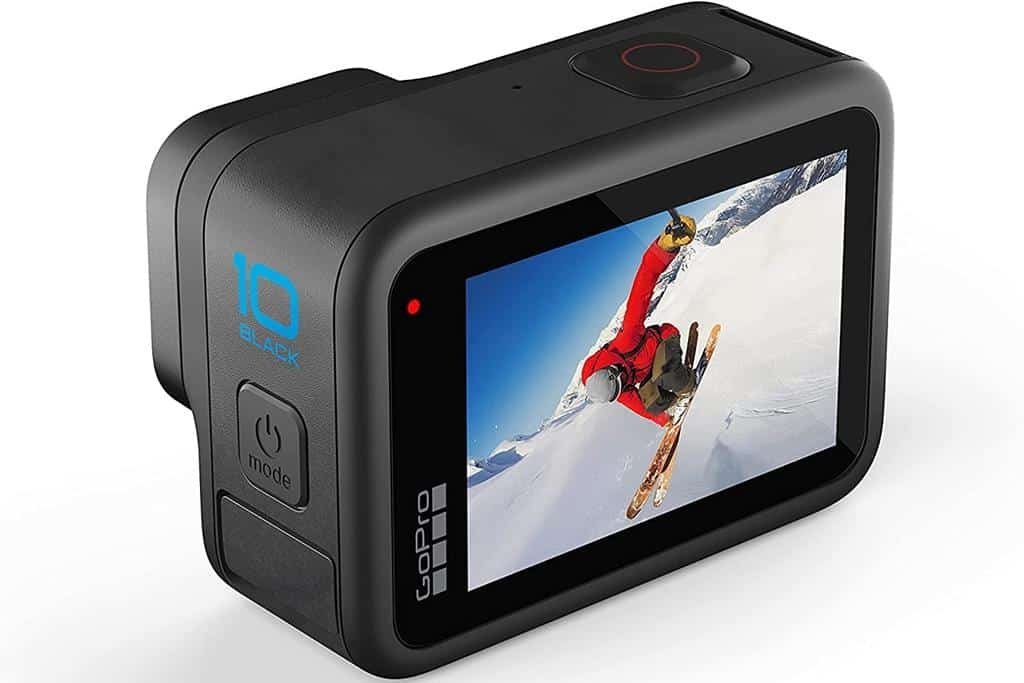 What Are The Reasons For GoPro Overheating?

Due to several reasons, GoPro heats up. You can check the reasons given below.

First of all, GoPro isn’t made for long hours of shooting. It’s perfect for short-span videos. However, some users use the GoPro as a conventional camera, and that’s where you should be worried.

Because of this, both the memory drive and the battery will begin to heat up.

The next thing that might overheat your GoPro is high-resolution videos. Taking pictures with a high frame rate and video resolution puts a lot of strain on electronics.

And that will cause them to heat up more quickly than taking pictures of lesser quality. Additionally, the high-resolution video will cause a greater drain on the battery.

Nevertheless, the intense heat of the environment makes the already warm inside of the gear much more uncomfortable. Because of the high temperature outside, the heat already inside cannot evaporate, resulting in further heating.

There’s no denying that if your GoPro can’t get enough ventilation, it’ll heat up rapidly. Aside from that, in order to keep the GoPro from overheating, you should make sure you sometimes expose it to some fresh air.

If it doesn’t happen, the device’s internal temperature will continue to rise until it becomes dangerous to touch.

Outdated firmware is one of the most likely causes of heat generated by a GoPro camera or any other gadget for that matter. In most cases, outdated firmware is not designed to be able to handle the challenge of high-resolution video capture.

In addition, there have been reports of the GoPro Hero 10 overheating while it was being charged, which is the root cause of the outdated firmware. Fortunately, an announcement was made that Hero 10 will soon have a new firmware update that will fix this issue.

Your GoPro processor will benefit from upgraded firmware, making the operation more seamless and offering it some breathing space. This helps to prevent the device from overheating.

6. Memory cards with a slow speed

Even if there isn’t much of a direct connection between an overheated memory card and a sluggish performance, a few things might cause the card to overheat in the first place.

For example, if you are recording movies in super HD resolution but your SD card is having trouble keeping up, your CPU will have to exert more effort to complete the required tasks. As a result, it’s possible that your device may heat up very rapidly. 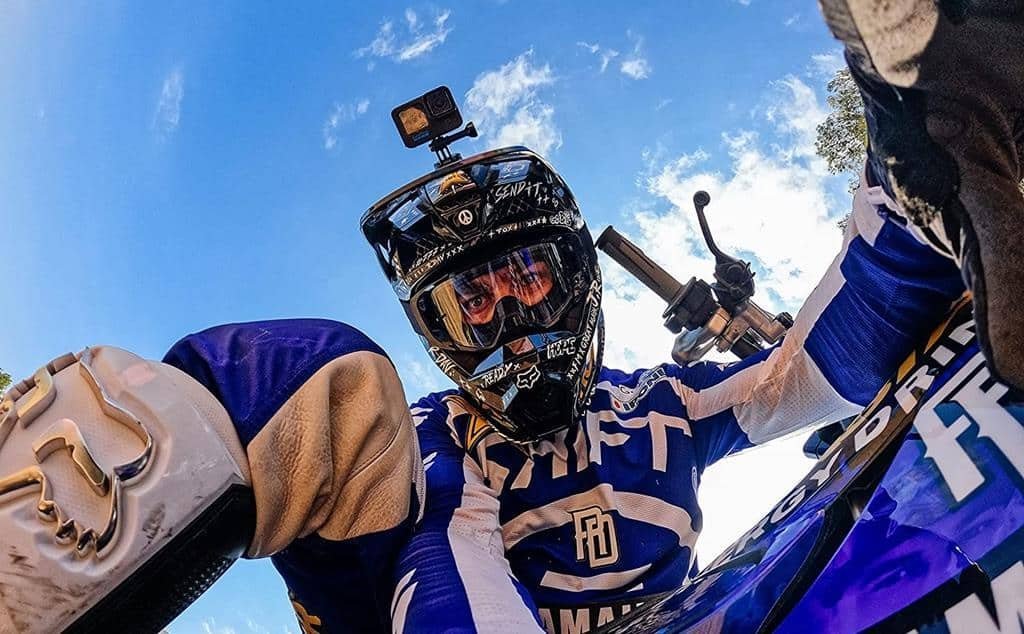 How To Stop GoPro From Overheating

To know how to stop your GoPro from overheating, check the ways given below.

To stop GoPro from overheating that shooting short-span videos. So if you want to take 40 minutes video, make sure you don’t run the GoPro continuously. Take a few minutes off in between the shooting time.

2. Maintain an up-to-date version of your firmware.

Maintaining up-to-date firmware on your GoPro is the most effective and dependable method for preventing the camera from overheating.

Be certain that you have installed all of the most recent versions since these versions often feature “bug fixes” aimed to ensure that your camera remains in the best possible condition.

GoPro provides firmware updates on a regular basis; some of these upgrades really address overheating concerns that are particular to certain models. Whether you are experiencing problems, it’s recommended that you check to see if you have the most recent version available for your model.

Getting as much airflow around your GoPro is really vital. GoPros, on the other hand, can’t accommodate any kind of built-in cooling system due to their diminutive size. GoPro cameras do, however, come equipped with a tiny air vent on the underside of the device.

Turn on a fan or position your GoPro so that it is close to an air conditioning unit if you are going to be recording indoors.

In addition to this, if you place your GoPro on a level surface while it is filming, the airflow will not be able to reach all of the surfaces on the camera. Because of this, you should make use of a mounting frame that raises the camera off of the level surface.

By doing so, you will be able to avoid your camera from overheating by ensuring that it receives an adequate amount of ventilation.

If you’re going to be recording outside, you should try to keep the GoPro moving as much as possible, and avoid blocking the air vent located on the bottom of the camera.

If you point your GoPro camera straight towards the sun, it will rapidly reach an unsafe temperature. Because of this, you need to minimize the amount of sunlight that hits your camera.

When you aren’t using your camera to record, it’s best to store it in a bag or bring it inside where it may be protected from the sun. After you’ve finished filming, you should also take your camera out of direct sunlight as quickly as possible.

5. Invest In a High-Quality Memory Card

The camera becomes hot because the slow memory cards are unable to keep up with the quick speed of the camera’s firmware and the high-quality footage. You could try switching the memory card to a reputable brand. It has been confirmed by a large number of individuals that it is effective. 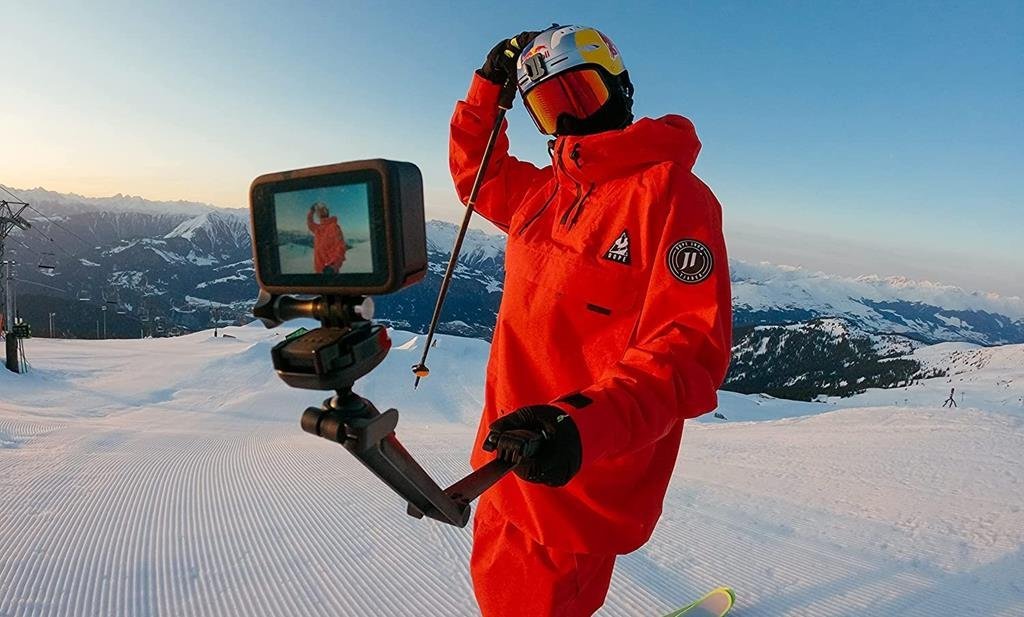 What to Do When GoPro Gets Too Hot?

It’s important to know what you can do if your GoPro becomes overheated and displays the “Too Hot” alert. High temperatures might result in harm to the item. So here’re some ways that you can apply.

Is it common for the GoPro 10 to become hot?

GoPro’s CPU, battery pack, displays, sensors, and more all contribute to the camera’s high temperature. The more you push those things to their limits, the more heat they generate.

Should GoPro become overheated while it’s being charged?

In general, this is the same as always keeping your camera switched on and filming, which will cause it to get warm. When you factor in charges, the situation becomes much tenser.

What is the maximum recording time for a GoPro?

If you’re using a 128GB SD card for recording and filming in 5K, you should get around 4 hours and 12 minutes of recording time on that card. Depending on the size of your card, you can multiply that time accordingly.

So far, you got to know how to stop GoPro from overheating. These kinds of gadgets might overheat for a variety of different causes, and there are also several ways to solve that problem, as mentioned.

However, whenever you notice your gadget is heating up, turn it off immediately.