Isn’t it so irritating when your GoPro stops recording in the midway? Yes, it’s too annoying, without a doubt. GoPro camera users always face this problem and often ask before buying, “how long can a GoPro record continuously?”

A GoPro camera’s recording continuity depends on various factors”. Depending on these factors, a GoPro camera can record from 50 minutes to 31 hours.

So, what are the factors? If you want to record continuously for a long time with your GoPro, then stay tuned to know the factors. We’ve also come up with ways to use your GoPro for a longer period, along with the answer to your various questions.

How Long Can a GoPro Record Continuously

Well, you know the answer already, but, again, the recording time can vary. Here are some explanations and situations of recording time, depending on the size of your microSD card, resolution setting, and video mode you use to record.

You can get 12,157 pictures with this SD card. And it can record up to 115 minutes based on the resolution and video mode.

Nw, if you want to record a 4K video in 60fps mode, it’ll record only for 48 minutes approximately. This time will increase if you reduce the resolution and change the video mode accordingly.

Again, you’ll get the most of the recording time with this card if you record the video with 720p resolution in 50fps or lower video mode. 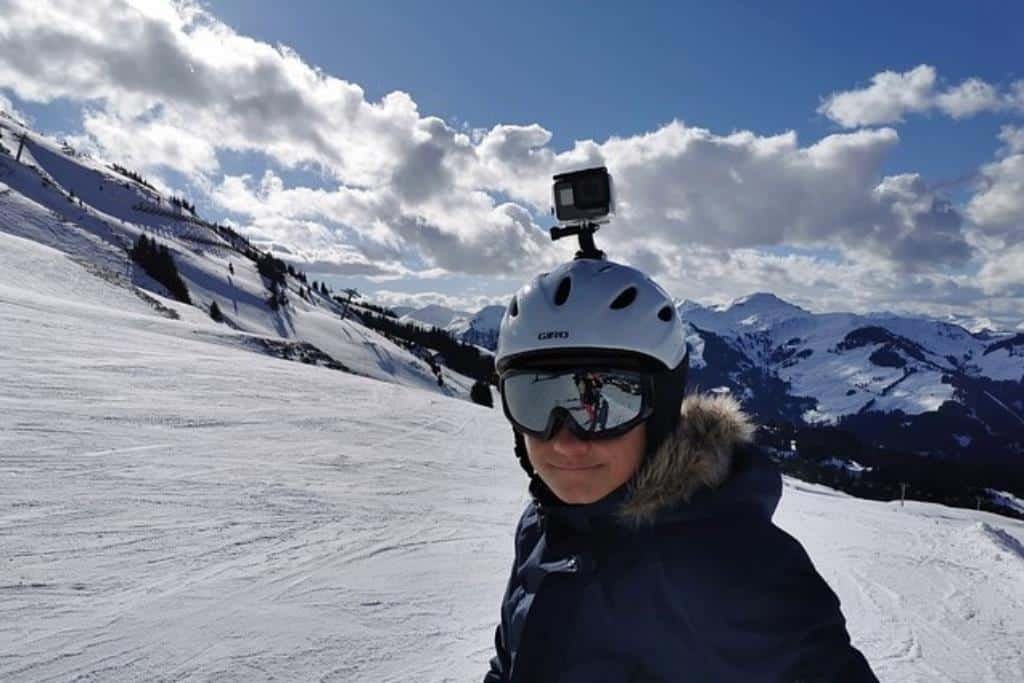 With this, you can get up to 24,337 pictures. It’s amazing that you can record up to 230 minutes overall. And likewise, the recording time depends on the resolution and video mode.

So, if you record a video of 4K resolution in 30fps video mode, you can record mostly for 97 minutes. To record 158 minutes continuously, you will need to set the resolution from 720p to 1080p, and you’ll have to select the 60fps video mode.

Just like that, to get the best result, set the resolution to 720p along with the 50fps video mode. Thus, you’ll be able to record for 230 minutes continuously with this micro SD card.

In a 128 GB micro SD card, you can store 48,960 pictures. And you can record continuously for 7 hours and 43 minutes, approximately.

If you want to record a 4K video in 60fps mode, you’ll be able to record for 3 hours continuously. Let’s see what happens when we decrease the resolution and change the video mode.

Last but not least, we have the mighty 256 GB microSD card. With this, you can get up to 97,920 pictures. The most amazing thing about this SD card is that you can record around 15 hours and 30 minutes. But, your battery has to support you along the way.

Now, to get the most recording time without interruption, you will need to set the resolution at 720p with 50fps video mode. This setup will help you to increase the continuous recording time to 15 hours and 30 minutes.

How To Make a GoPro Record Longer

That’s not the end of today’s journey. As we love to record without buzzing, here are some tips and tricks you can follow. These are-

Is There a Recording Limit For GoPro Cameras?

Nothing can work forever, right? Everything has its own limit. And just like that, any GoPro camera can’t record forever. So, yes, there’s a recording limit for GoPro cameras that depends on some factors.

There are three factors basically, and these are-

To start with the first factor, the MicroSD Card’s size, we’ve discussed the various possibilities about this factor in the previous section.

Your camera will be shut down automatically if the battery runs out. Battery drainage depends on the use and recording conditions.

Talking of the conditions, we use GoPros for both indoor and outdoor shoots. So, whenever we shoot indoors, most of the time, we don’t have airflow to cool off the device.

For this reason, the battery gets hotter, which leads the battery to drain faster. At one point, the camera shuts down due to excessive heat, limiting the recording time.

Can My GoPro Stop Recording Automatically?

Other than the concerns about GoPro cameras, people usually wonder if their cameras can stop recording automatically.

And the answer is yes. Any GoPro camera can stop recording automatically due to some reason. So, what are those?

The basic knowledge that we get is GoPro cameras can be shut down automatically when the battery runs out and stops recording. So, the drainage of the battery is the main factor behind this.

So, if you’re recording in a situation where battery drainage is much faster, and you do not have an extra battery, power bank, or power accessibility, your GoPro can stop recording automatically once the battery runs out.

Can you make a GoPro record in time-lapse?

Yes, you can make a GoPro camera record in time-lapse. You can record time-lapse for a longer time by removing the battery and using a direct power source.

Which GoPro is best for recording for a long time?

If we talk about the theory, it has to be the GoPro HERO10 Black and the HERO9 Black. These two models have the most powerful batteries, and that’s why they can record for the longest time.

Is a 128 GB MicroSD card enough for a GoPro?

For any standard video recording or shoot with GoPro, a 128 GB MicroSD Card is enough. But, if you shoot for longer times with an extra power source, battery, or power bank, then you can consider the 256 GB MicroSD Card.

We believe now you know how long can a GoPro record continuously. That being said, if you want to record for a longer sessions as we all do, use a good battery and bigger sized SD card.

And if you’re going out, make sure to keep backups for your recording sessions. For that, you can carry extra batteries, SD cards, and power banks.