A lot of people love investing on a trail camera that they can depend on especially when dealing with an unpredictable weather. Finding a dependable camera that you can use both for daylight and night situations has become common especially for hunters or simply for homeowners looking to have a security camera in their home.

One of the best brands known in the industry is Moultrie. This brand is a standout for the past three decades. With their experience, technology, and research, a lot of people are looking to invest in their products. A great option is the Moultrie M-990i camera.

In this Moultrie M-990i review, we’ll be providing you with an in-depth discussion of what to expect from this Moultrie game camera. The M-990i even has a newer gen 2 version released in 2015. 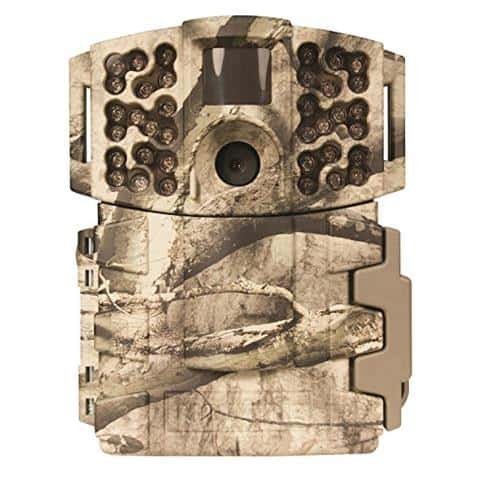 This Moultrie M-990i review is going to be looking closely at the newer gen 2 game camera version that was released in 2015. For starters, it is a game camera that has a no glow camera trap that comes in handy especially for those who plan on observing the wild. It has the ability to take both high-quality photos and videos regardless of the availability of light. This makes it an appropriate tool that you can depend on in both night and day scenarios.

As a game camera, it is required primarily to be sturdy. It needs to be able to meet the wear and tear requirements of becoming exposed to both the hot and wet weather. What Moultrie did with the Gen 2 M-990i is to improve its case design. In contrast to the other cameras produced by the company, this game camera’s exterior is a bit bigger and a bit bulkier than the other models that they have. However, it is highly beneficial to the users giving them the confidence that they need in order to take the Moultrie M-990i to the wild without any hesitation whatsoever.

In terms of user-friendliness, it does take a bit of time in order for you to be aware of its interface. You may not be able to figure everything out especially if it is your first time to use this device. The good thing about this device is that there was an attempt to simplify everything. It has a few programming options including password protection, PIR sensitivity, flash settings, and overwrite.

It has an AC option too. However, it didn’t actually work as it was supposed to. Though it worked, the camera was a bit slower in AC power compared to when it was using batteries. The good news though is that you can have it in your home, but don’t rely on AC so much because it won’t function as how you expected it.

A lot can be said about this game camera’s performance. For starter, the camera’s picture trigger is at 0.69 seconds. Considering the other products in the market, you can say that it is above average. However, this isn’t really the only thing that you have to consider since the recovery time takes a bit longer than expected at 4.6 seconds. However, if you are going to compare it with the other cameras out there, you can say that it is still is a great performing game camera.

In terms of the video performance of the M-990i Gen 2 camera, it has a video trigger at 1.4 seconds and a recovery of 8.2 seconds. This makes it an outstanding in this department.

When it comes to its detection range, you can expect the camera to work just fine within the 50-foot range. In today’s standards especially against other game cameras, you can say that it is a bit below average. The detection circuit overall would need some form of improvement given that it also just have a 40.9-degree field of view. 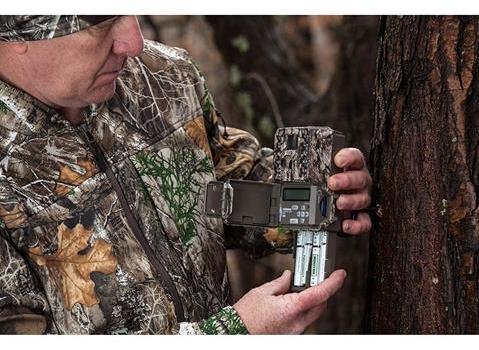 It is worth mentioning about the performance of the camera. In this Moultrie M-990i review, we are impressed by the fact that it is a 10-megapixel camera. As for its video resolution, it can record at 1280 x 720 but with no audio for this setting.

However, you can still record a video with audio if you opt a lower resolution on this camera. The night video can record only for up to 30 seconds. Once the thirty seconds is up, the camera then records and saves it again and form a playlist with it.

A great thing about this camera is that it offers a built-in microphone which simply means that you can get superb audio as well. Another thing that you can enjoy when using this device is the fact that you can configure the location information in order to take note of where you took the photo or video. Unfortunately, unlike other units in the market, this feature is not automatic with the M-990i gen 2 camera.

By checking the specs, you may wonder what is so special about this camera? Yes, it does have generic attributes. However, if you will check the quality of the lens used on this camera, you will have to agree that it is a superior product that you can rely on especially for daytime video and photos. For instance, this camera carries excellent color that can be comparable to other top brands in the market.

However, we are disappointed by the fact that it has grainy and blurry night pictures. Though it makes use of no glow infrared that prevents animals from getting startled, it doesn’t actually live up to its performance on daylight situation.

The camera operates on 8 pieces of AA batteries. The good news is that you can rely on this unit for days as it can take around 13,000 photos while using common alkaline batteries that you can buy anywhere. You can also use other types of batteries such as a rechargeable Ni-Cd or Li-ON batteries.

However, if you are expecting a solar panel, this unit doesn’t have one. However, as we mentioned, this camera is one of a kind with its AC power mode. This means that if you can simply plug it in when you are at home. However, it doesn’t perform as expected when using AC power mode. 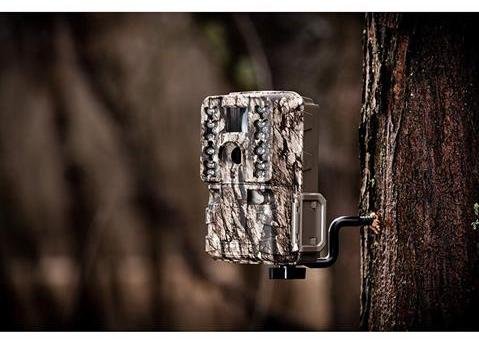 Storage and other features

This game camera is compatible with SD class 4 or higher. In addition to this, it also supports SD card for up to 32 GB. This means that you don’t really have any reason to overwrite your files if you will just transfer the photos and videos after a few days from your camera to your computer.

However, it still has an overwrite oldest mode which allows the unit to take out the oldest photos once the memory becomes full.

This camera supports Eye-Fi SD cards which means that you can connect the camera to a Wi-Fi network in order to directly upload the photos using the internet. In addition to this, you can also put the time, location, temperature, and moon phase on each photo.

Unlike other older models of game cameras, the Moultrie Game Spy M-990i Gen 2 camera has a 2 inch LCD display sufficient to allow users in order to review the images on location. You can then opt to delete or keep the photos in order to free up some space on your SD card.

The Moultrie M-990i Gen 2 camera is a great device that can be used for different purposes. It is a great camera that hunters and hikers can take advantage of. It has weather-proof design and great lens that allows the camera to take superb photos and videos.

This device is perfect for outdoor surveillance and for outdoor activities as well. But of course, there are some things that could still be improved with this gadget. For starters, despite the no glow infrared feature that makes the device discreet in observing wildlife and in surveillance, it doesn’t produce the best photos and videos expected from a Gen 2 device in a low-light scenario.

Also, the company could also pay close attention to the detection circuit that it has adopted on the M-990i Gen 2 game camera. Unlike other top-of-the-line cameras that can capture up to 100 feet and with an angle of more than 50 degrees, you just get a limited field of view and distance from this device.

The M-990i Gen 2 camera is considered a midrange camera that has some nice features considering its price. Though it can still be improved, it is a decent option that outdoor enthusiasts can rely on.