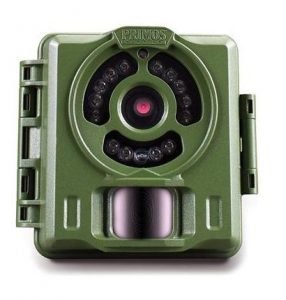 Trail cameras are used for different functions. There are hunters who use trail cameras in order to observe the habits of the animals they are trying to hunt. On the other hand, trail cameras are also used by conservationists and researchers trying to learn more about a particular animal.

But for anyone who is new to the world of trail cameras, it is a common scenario wherein you will have a difficult time finding the right product for you.

The fact is that there are different things that might interest outdoor enthusiasts. Primos have a variety of cameras that users can choose from. For instance, are you the type who likes a high-resolution on the images and videos? Or maybe, you are one of those individuals who tend to like prefer a camera with a fast trigger speed and recovery time?

The Primos Bullet Proof 2 8MP camera is designed with outdoor activities in mind. You get a weatherproof case that protects the camera regardless of the different types of weather that you are going to deal with. In addition to this, it is also discreet given its green color.

Animals won’t be able to notice this camera when you have it attached to a tree. It even has an adjustable strap with a buckle that makes the Primos Bullet Proof 2 MP camera easy to set up.

It makes use of 720p resolution on video and 8MP for photos. Though 8MP and 720p are not considered the industry’s best, this trail camera still allows the user to capture amazing photos and videos in the wild. It takes superb photos during the daytime and performs just as great during the night time.

It makes use of 14 low glow IR LEDs that can illuminate the animals from 45 feet. It means that it is a good option if you are going to observe animals from afar.

It also makes use of up to 32 GB SD card. Given that it only has an 8MP resolution, you can easily store a good amount of photos and videos in your memory card.

The camera is powered by 4 AA batteries. Compared to other bulky alternatives in the market, 4 AA batteries is a decent option. The Primos Bullet Proof 2 8MP camera is energy efficient since it can last for 9 months without changing the battery.

A 45 feet range at night isn’t actually bad for a camera. In addition to this, the Primos Bullet Proof 2 8 MP Trail Camera is known for its fast trigger speed. In just one second, the camera takes a photo or a video of the animal that you are trying to observe.

The Primos Bullet Proof 2 8 MP Trail Camera is a great option for those who are looking to observe animals. In the end, you often times don’t need a full HD trail camera if you are simply after observing animal behavior and record their habits. The good news is that it offers a fast trigger plus crisp images that every outdoor enthusiast needs.

The first Primos Bullet Proof Trail camera is known for its no-nonsense design. It makes use of durable plastic that is both weatherproof and known to handle a few bumps here and there. Given the nature of the Bullet Proof’s functionality, you get a case that is colored green. It means that it can be discreet when attached to a tree or installed somewhere in the bushes.

Included in with this camera is a strap that makes it easy for you to set up the camera outdoors. Unfortunately, the lock on this camera’s casing seems a bit flimsy.

The photos are quite impressive, especially for an affordable trail camera. It offers 6 megapixels which is basically enough if your intention is simply to observe the animals in the area. In addition to this, you also have 13 pieces of good IR LEDs that are bright enough for night shots. Unfortunately, the second variant of the Primos Bullet Proof Trail Camera still offers better photo quality not to mention video.

You can also make use of up to 32GB SD card. You will have to just set it up once for the date and time and you are ready to go.

To get the camera to work, you will need to have 8 AA batteries. It might seem a bit too much. However, the camera has been designed by Primos to be energy efficient. You can expect the batteries to last for months.

With a detection range of 30 feet, it isn’t really quite impressive. However, this will do the trick on most occasions. Also, the 10-second recovery speed is also something that will definitely miss a moving animal. If the camera wasn’t able to capture the animal the first time it was detected, don’t expect that it is going to be captured by the camera once again.

Are you a beginner who is looking for a simple to use trail camera? If you are a newbie, then this might work for you. However, if you are a serious hunter or someone who observes animal behaviors in the wild, this might be a very frustrating camera to use.

Just like any other Primos camera, the Primos Hunting Bullet Proof 2 Trail Camera has a sturdy case. It has the ability to withstand weather changes as well as a few bumps that you typically get from doing outdoor activities. Aside from that, the design is also compact making this trail camera subtle even for animals that are very observant of their environment.

The trail camera is reliable both for daytime and nighttime shots. During the daytime, expect high-quality images and videos. You get 14 megapixels for the Primos Hunting Bullet Proof 2 Trail Camera. And when it comes to its video, you get 720p HD shots. Compared to the other trail cameras from Primos, this offers a higher resolution both in video and in photos.

As for the night shots, you have the help of 14 low glow LEDs that can illuminate from a decent range. Here, it offers great illumination as long as it falls under the detection range of the camera.

In order to operate the camera, you will need 4 AA batteries in order for the camera to work for months. Keep in mind though that the number of months will still depend on the usage. If you are taking a lot of videos than photos, then expect the camera’s batteries to run dry faster.

Compared to the other trail cameras, the battery life for the Primos hunting Bullet Proof 2 Trail Camera is above average.

Capturing the images of the animals won’t be an issue. It has a 1-second trigger allowing the user to capture the animal on photo or on video. The detection range is also decent at 45 feet. It means that even in an open field, the camera can easily capture the moving animal.

The Primos Hunting Bullet Proof 2 Trail Camera is a great option for those who are serious about observing wildlife in their habitat. This camera offers better resolution on video and a better quality of image compared to the other Primos trail cameras out there.

Performance is also something that is worth looking into considering that it has a decent range plus it has a fast trigger speed.

The Primos BP3 OD Trail Camera is built for the harsh outdoor environment. Just like other Primos trail cameras that we have included in our review, you get a durable plastic case that protects the camera from rain and from the usual damage that is part of the outdoors. Setting up the camera is also easy thanks to its user-friendly design.

As for the camera of the Primos BP3 OD Trail Camera, it is something that can please even the most experienced hunters and wildlife enthusiasts. The camera is known for both daytime and nighttime shots.

With 14 megapixels and 720HD, you get a camera that can capture the animals clearly on both video and photos. As for the nighttime shots, with the help of IR flash LEDs, you don’t need to rely on any light source especially when observing nocturnal animals that get startled by light.

However, still keep in mind that the IR still has a bit of a glow. Though it is discreet, don’t expect a no glow IR LED on this trail camera. You can make use of a 32GB SD card in order to record both the photos and videos.

This camera makes use of 6 AA batteries. With an energy efficient design, a set of batteries can last for the next nine months. What this means is that you can just leave the camera and let it take as many photos and videos for weeks.

The trail camera is known for its fast trigger speed and its ability to capture images and videos even from afar. It makes the Primos BP3 OD Trail Camera the perfect option for those who need to observe animals in an open field.

This straightforward easy-to-use trail camera is a great investment if you are someone who is serious about trail cameras. Here, you will be able to capture moving animals both in daytime and nighttime without having to squint when it comes to identifying the image of the animal you just captured from afar.

Also, it doesn’t startle the animals considering that it has a low-glow IR. It also has a decent range that makes the device perfect for the open field. It means that you don’t have to worry that the animal is quite far.

Primos has a lot of options. For a beginner-friendly trail camera, you want the improved Primos Bullet Proof 2. It is easy to use plus it also has an improved image quality than the first version.

But if it is your first time to ever try trail cameras from Primos, the Primos Bullet Proof Trail camera is a great entry-level camera. It gives you a feel of what to expect from future trail cameras that you might be interested in.

On the other hand, for a seasoned outdoor enthusiast, the Primos Hunting Bullet Proof 2 Trail Camera is our top pick. It is the perfect trail camera for experts since it offers crisp photos and videos both day and night while offering a decent detection range.

If you are the type who likes a trail camera that performs well at night, the best night trail camera from Primos is the Primos BP3 OD Trail Camera. You get 720p HD and 14MP resolution plus a 70-foot range at night. This trail camera doesn’t disappoint observing nocturnal animals.

Do you agree with our list of the best Primos Trail Cameras? Let us know what you think!